What’s it like to travel to the F1 Hungarian Grand Prix?

What’s it like to travel to the F1 Hungarian Grand Prix? I joined Altitude Luxury Travel guests on one of our trips to answer that very question.

It was my first visit to Budapest and the Hungaroring circuit – and I had a truly amazing weekend, with brilliant grandstand seats, thrilling encounters with F1 drivers, and surprisingly economical Michelin-starred dining.

Here are my tips for making your own Hungarian Grand Prix weekend just as memorable.

Get a hotel near the Danube for a great F1 atmosphere.

The riverside area of central Budapest is where the F1 drivers stay, so it’s a good place to soak up the atmosphere and maybe spot a driver or two.

But my biggest highlight came at the Paris Budapest bar, near Szechenyi Bridge. I was having a quiet drink when I heard a familiar voice behind me. I turned around to see none other than Nico Hülkenberg, at the table next to me!

The city itself is both beautiful and friendly. You can expect beautiful sunshine during the day, and amazing architecture lit up by twinkling lights at night. It’s also very easy to get chatting with other fans, many of whom travel from Scandinavia. Scandi fans often call the Hungarian Grand Prix their “home race”, perhaps owing to the close links that developed between Hungary and the region during World War II. Lots of Kimi fans around!

It’s about 30 minutes’ drive to the Hungaroring, when traffic is light – and an hour or so in the evening, after the F1 day is over, when traffic is heavier. But your longest wait could be for a taxi or bus. Queues can be long after the race on Sunday so pre book a transfer by car or by helicopter.

Thursday afternoon is the time to take a pit lane walk.

There is usually a free pit walk on Thursday for weekend ticket-holders. It gets very busy, so be sure to get there early. 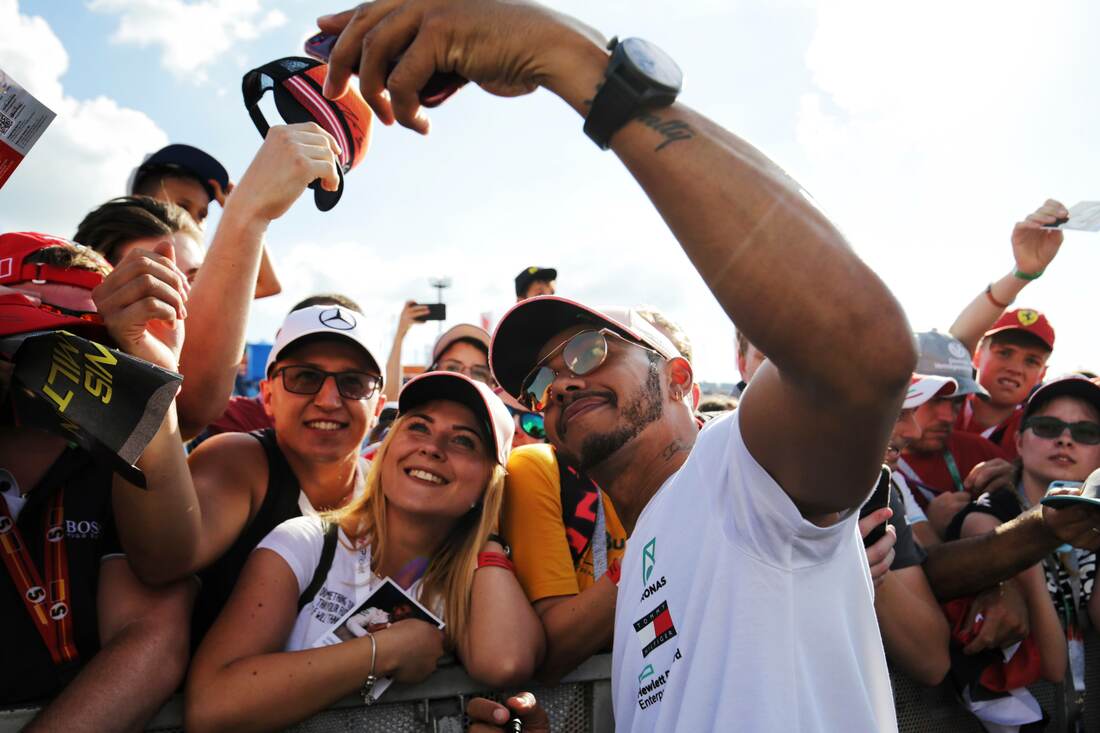 Join the GP Traveller community and get tips, guides, news, and more delivered to your inbox.
Follow these tips for picking the right grandstand.

I was in the Silver 6 grandstand for the whole weekend, and I highly recommend it. It’s close to the pit lane entrance, with a great view of damaged cars limping back to their teams. There’s a giant screen opposite the stand, with commentary, so you can follow what’s happening across the circuit. And being on Turn 14, you’ll see the cars coming slowly around this long corner before accelerating into the straight that follows.

If you’re still wondering about where to sit, here are a few things to know:

· If you buy a full-weekend ticket, you need to stay in the same grandstand on each day. There’s no switching around unless you have a 3-Corner ticket which gives you a different grandstand each day.

· Only the Gold stands are covered. Being covered shelters you from the hot sun and possible rain.

· The Paddock Club is the only hospitality option at the circuit.

·If you want to be on a corner, the Red Bull grandstand on Turn 14 is a great choice as you can see cars approaching from the distance, the pit lane entrance, the final corner and the start of the main straight.​ 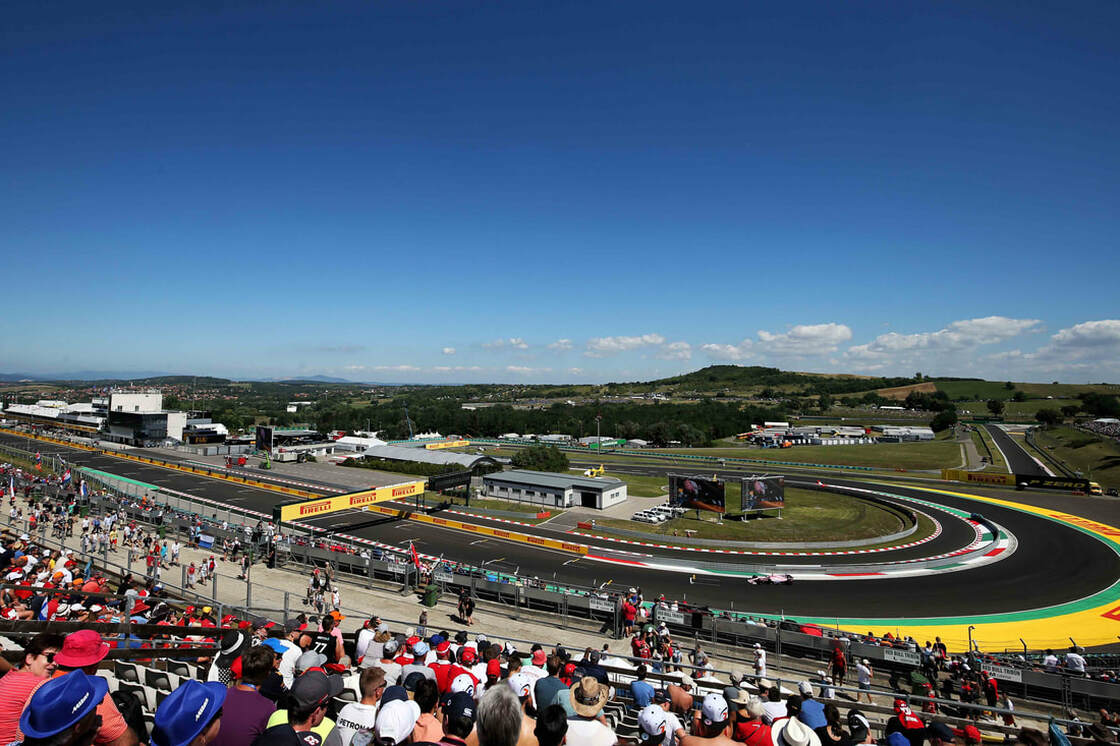 Food portions are big, and prices in the city are excellent.

At the circuit, you can expect to pay €4 for a Coke and €6-13 for a meal. Expect to find burgers, sausages, pasta and skewers, with generous portion sizes. A favourite of mine was the Hungarian lángos. It’s like a savoury flat donut, which comes with garlic sauce and cheese. It was delicious!

Back in the city, you’re spoilt for choice. I ate at the Michelin-starred Borkonyha restaurant on my first night, where I paid the equivalent of £16 for a fantastic lamb dish. The 5-course tasting menu is also just £65, including wine. Amuse-bouche and specialty breads are included, and the hospitality was top notch.

I also dined at Japanese restaurant Nobu, where Pierre Gasly also happened to be eating, while cheap and tasty street food is easy to find too, one particular area I found is called Food Cart Street. 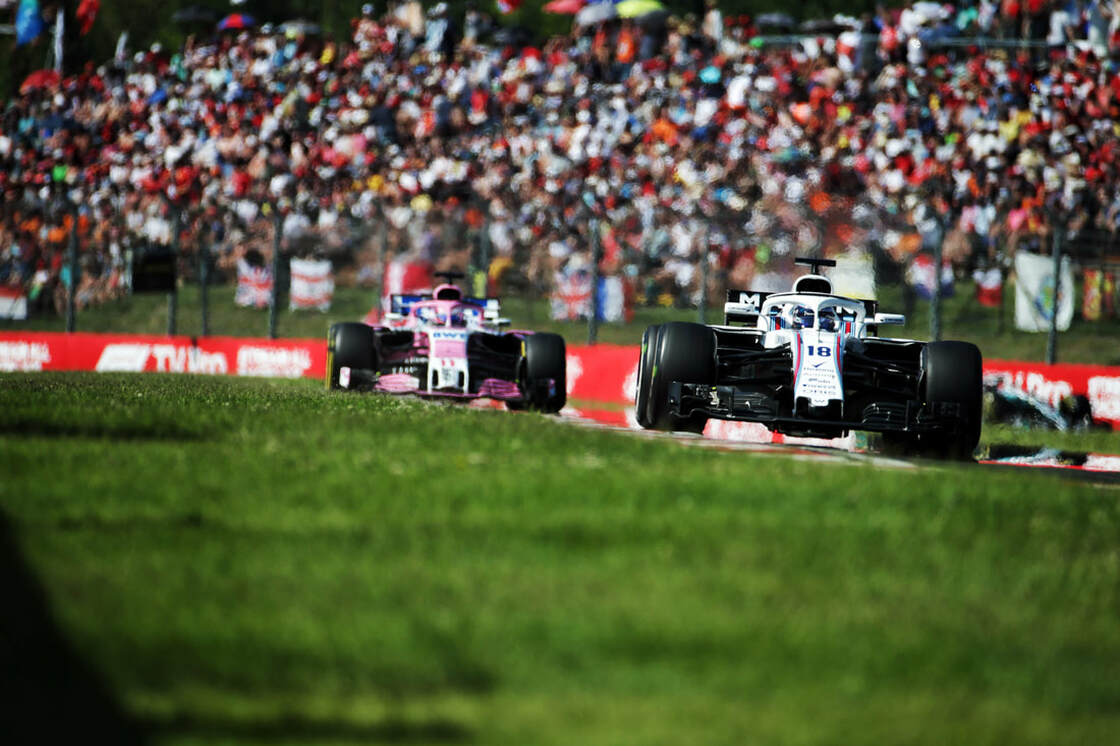 Expect sunshine but prepare for rain.

It’s hot at the Hungarian Grand Prix. It’s right in the middle of summer, and as I mentioned earlier, only the Gold grandstands are covered. But don’t be surprised if rain appears out of nowhere. During qualifying on my trip, the blue sky suddenly filled with rain clouds at 2.30pm – and the track didn’t dry out until 4pm.

That was enough to spoil Daniel Ricciardo’s session, as he hadn’t put on the right tyres for rain. Go prepared, so it doesn’t spoil yours!